Home > About Us > Director greeting

Technology for the people 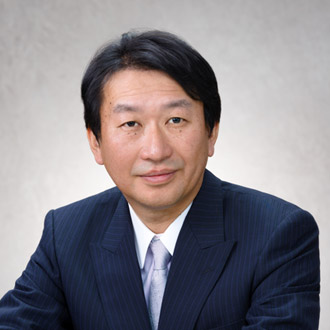 For a long time, I have gained experience in the super high-tech field of foreign-affiliated semiconductor company. In 2003, based on know-how and rational project management cultivated there, I started semiconductor design consulting service. At the same time, I also thought of producing something new and valuable with the know-how and technology knowledge.

In the USA, there is a stable healthy social environment for the venture companies and new companies. At the time based on the cutting edge technology military aerospace industry business was the most profitable and leading. High qualified people with new technology were racing and producing new products one after one to the world. Unfortunately there was no such environment in Japan, but in the Japanese companies the products used cutting edge technology and superior inventions were definitely beginning to emerge. So we are pursuing the creation of new items as early as possible by using those products. We provide research, experiments and trials every day and continue new challenges hard to spread the Made-in-Japan brand to the world.

Fusion of high technology with the Japanese traditional craft

In 2010 released “Utsuroi”, the art displaying case. The computer programing, “Buddha statue” as an art to display and Japanese craft technique “Wood work” for the case was infused together. In addition we adopted the pride of Japanese latest invention LED (Light Emitting Device) and created a new worthy product.

Also Japanese latest invention “Non reflection glass” was adopted (as an option) and the new product adopted cutting edge technologies ware sent out to the world from our company. It seemed that digital and Buddha statue has nothing in common, but these two meet in my mind and created a new “healing” world. It is embodied “Technology for people” and became a flagship model of our company.

In the future we will overcome obstacles and create a product that will support and brighten the world, using our experience and cutting edge technology. We look forward to assist you in the future.